STEP ONE: Determine who are your elected officials.
It's easy to learn who is your City Council member, State Assembly member and so on; just click here and type in your address.

STEP TWO: Get inspired!
Visit the LW! YouTube Channel to watch video from the first public hearing of the Landmarks Preservation Commission for a refresher on each representatives' comments about the proposed West End Avenue historic district extension. Still need a little help getting started? Here's a sample letter.

STEP THREE: Draft a succinct message that shares your concerns
and requests their support.
If the above-linked sample letter is helpful, terrific!  If you'd prefer to send in something more individualized, that's equally great.  We recommend first offering thanks for support your elected officials have offered to important community issues in the past.  West End Avenue, for example, received early support from Upper West Side elected officials in whose districts landmarking would occur, thanks to the West End Preservation Society (WEPS). Then, request their continued commitment at the public hearing on October 3rd.

STEP FOUR (option 1): Send your email!
One email is all it takes!  Copy-paste the addresses below and share your request for support with all of the West Side's elected representatives at once:

STEP FOUR (option 2): Send your letter!
Prefer to send a letter in hardcopy?  Links to each official's contact page is below:

MISSION ACCOMPLISHED! Your support is essential to ensuring that our neighborhood's priorities are shared by our elected officials.  Thank you for taking the time to reach out to them.

Ghosts of the Past: "Fading Ads" illustrated lecture, October 3rd

New York City is eternally evolving. From its iconic skyline to its side alleys, the new is perpetually being built on the debris of the past. But a movement to preserve the city's vanishing landscapes has emerged.

For nearly twenty years, Frank Jump has been documenting the fading ads that are visible, but less often seen, all over New York. Disappearing from the sides of buildings or hidden by new construction, these signs are remnants of lost eras of New York's life.  They weave together the city's unique history, culture, environment, and society and tell the stories of the businesses, places, and people whose lives transpired among them--the story of New York itself.

This photo-documentary is also a study of time and space, of mortality and living, as Jump's campaign to capture the ads mirrors his own struggle with HIV. Experience the ads--shot with vintage Kodachrome film--and the meaning they carry through acclaimed photographer and urban documentarian Frank Jump's lens.

Mr. Jump has given talks at The New York Public Library main branch, the Brooklyn Historical Society, and many others.

Reservations Required!
$15 for "Steward" members, $20 for non-members
2-for-1 Admission for "Partners" and above members
Click here to buy tickets online, email landmarkwest@landmarkwest.org, or call 212-496-8110
Posted by LANDMARK WEST at 2:23 PM 0 comments

A Morning at Play

The first official day of the Fall season may not be until tomorrow, but this morning's beautiful weather tempted us to celebrate a day early.  With blue skies on our side, we took a mid-morning romp through the Adventure Playground, located just a stone's throw from the LW! office, inside Central Park (at West 67th Street).

It's no secret that the Adventure Playground, designed by Richard Dattner in 1967, has a special place in the hearts of West Siders.  We encourage you to swing by, kids in tow, and see for yourself how engaging and aesthetically this playground truly is.  Consider it your excuse to be a kid again!

Central Park is home to a collection of adventure-style playgrounds; take a tour via our Summer 2011 blog post, here.

Hear (from Richard Dattner himself!) about the history of the Adventure Playground; just click on the image below:

Tonight, Experience the Architecture of Cuba

"Say the word Cuba and most people think dictators, the prison at Guantánamo Bay, and Communism with palm trees. Architect Hermes Mallea believes there is so much more to the country and has the pictures to prove it." -- Architectural Digest

Mallea presents portraits of important homes built in the city between 1860 and 1960, beginning with the extraordinary images taken by American photographer, George Barnard, who was permitted to bring his camera into the intimacy of the Palace of the Counts of Santovenia. These pictures set the standard for giving the reader access inside a famously closed world.

Mid-morning errands produced a mini-collection of some Broadway gems.  Have a look at our "I'm running to Staples for labels, be right back!" album: 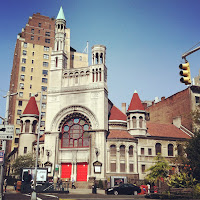 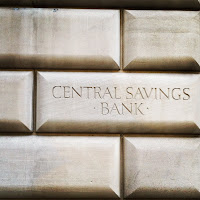 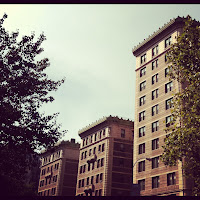 Head to our Twitter media grid to check out more photos from today's meanderings (including those shown above: First Baptist Church, the former Central Savings Bank and the Astor Apartments).

The Riverside-West End Historic District Extension I continues on the path to achieving bona fide landmark status! City Council has set a date for the public hearing (Wednesday, October 3 -- more details here).  Now they need to hear from YOU.  This is it!

Your letter is absolutely essential to let the City Council members know just how important it is to preserve this incredible ensemble of buildings.  If they don't hear from you -- NOW -- it could cost the neighborhood its landmark protection.

Sending an email or writing a letter to your Council Member takes just moments with the help of our call to action blogpost.  Your letter is so important!  Please email or write today!

To Gale Brewer,
UWS City Council Member*:
"Thank you for your leadership on this first of three historic district extensions on West End Avenue; I'm with you!"

*Please forward a copy of your letter or email to LANDMARK WEST!
Posted by LANDMARK WEST at 5:12 PM 0 comments

What the LW! iPhone App has in Common with Vogue Magazine

It's Fashion Week in New York City.  And, more specifically, on the Upper West Side!  Lincoln Center has transformed, for the seven days between September 6th and 13th, into a kaleidoscopic blend of avant garde people and fashions.  It's an exciting week to be on the West Side!

In the fashion vein, September is also the month when Vogue releases its mammoth, multi-pound issue of fall trends.  Imagine our giddiness when, between ads for couturiers and jewelers, leather goods and knit wear, we read writer Kennedy Fraser's article "Social History: The Tented Room", which chronicles the social life of West Sider Jean Stein in none other than the Langham Apartments.

Located at 135 Central Park West (between 73rd and 74th Streets), the Langham is an impressive Beaux-Arts apartment building designed by architects Clinton & Russell and built in 1904-07.  In her Vogue piece, Fraser remembers the remarkable bold-face names that came together at Jean Stein's Langham abode, described by the author as "handsome but slightly shabby".  "From Tennessee Williams and Truman Capote to Diane Keaton", Stein's home was a list--constantly in formation--of "Who's Who" in 1980s New York.

With this article, the worlds of Vogue and LW! have something in common: the Langham is one of 30+ sites featured on LW's FREE walking tour app!  Sneak a preview of the app here and then download it for yourself.  It's the next best thing, twenty-some years later, to toasting with Jean Stein herself, wouldn't you say?
Posted by LANDMARK WEST at 11:30 AM 0 comments

Back to School Means Farewell to Interns

LW! bids farewell to our two great high school interns, Jahmauny Monds and Jonathan Ortiz. Here, they offer us some departing words. We wish them all the best on this first day of school!

Jahmauny writes ...
I loved my time here at LANDMARK WEST!. I enjoyed being introduced to people, organizations, and history. I learned about a building's primary purpose, and discovered how influential a building can be to a neighborhood. I sat in and got involved with discussions on something new I learned through LW!: transferable development rights. I jumped into conversations about potential undesired expansions of original buildings on the Upper West Side. As promised, I joined the fight for appropriate preservation and I am glad that I was able to not only have but enjoy and benefit from this experience. My LW! staff is simply divine. I thank you all for having me and making me feel welcome. You are all great. Although this is the end of my internship with LW!, I will not say goodbye. With similar interests at heart, I thank Debi, Kate G., Cristiana, and Mrs. Arlene, till next time.

Jonathan writes ...
During my time here at LANDMARK WEST! I have had so many new experiences, from observing a public hearing at the Landmarks Preservation Commission, to writing about buildings, to office work. My time here at LW! just flew by, and yet I got so much out of it. I enjoyed when I would get the task of taking pictures of certain buildings, because it made me appreciate buildings that I passed by hundreds of times but never really looked at. LW! really opened by eyes and taught me to appreciate my surroundings because that's what makes up a part of you. I will remember the people I met here and the moments I had with each of them for a long time. I am also going to miss the office itself because it is the most unique space I have ever seen! You can't look anywhere without something catching your eye, whether it be a decoration, a knick-knack, or one of the several paintings or photographs just hanging around the office. Sometimes I would have to remind myself I have a job to do when I would start to look at all the cool stuff in the office. This has been a great experience and I would not have changed anything about it.

We were incredibly lucky to have two inquisitive and industrious students with us this summer.  As much as we taught them the ropes of neighborhood preservation, we learned so much from them as well!  Look back at posts from both Jahmauny and Jonathan -- and all of this summer's interns! -- by clicking here.