The Mulliken and Moeller building was originally commissioned by North Holding Co, and designed by Harry B. Mulliken who, after studying at Columbia University, started his career working with the Chicago architect Daniel H. Burnham before heading east to work with the New York architect Ernest Flagg. Some of his independent works include Spencer Arms Hotel (1904–05) - Mulliken and Moeller as architects, 2020-2026 Broadway, aka 147-149 West 69th Street, (not too far away from Landmark West!), Madison Court Apartments (1900–1901) – Mulliken as architect, and some other NYC sites outside of our district like 1361 Madison Avenue, aka 51 East 95th Street. Carnegie Hill landmark designation and many others.

The building changed hands many times; most recently, it belonged to Thomas J. Berman before transferring to J.P.Morgan Chase and then Citibank, all within this calendar year.

Along with 343 other sites, this building became a part of the Riverside West End Avenue District Extension II on June 23 2015.  This extension lagged other prior designations of similar structures.

The defined boundaries included but were drawn at its eastern edge, omitting its adjacent neighbor. Why you say? Due east of this building, The Admaston (251 West 89th Street) aka 2421-29 Broadway has stood for over a century, created by George and Edward Blum in the Neo- Renaissance, Eclectic Style.  This apartment house lobbied for inclusion in new landmark district, but was left out.  Thus, it has no landmark protections under the law and may be altered or demolished without LPC oversight.

In August 1951 the city issued an amended Certificate of Occupancy to adhere to the approved plans and updated specification requirements of the building code.  This mainly affected cellar and penthouse levels. 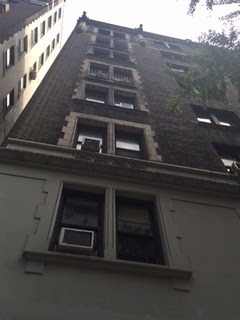 Over the years many alterations have been made such as cornice frieze replacement, metal balconette replacements and the addition of cameras and surface-mounted conduits.  Any future changes such as these would need to be filed with the LPC (Landmark Preservation Commission) for approval as they affect the building’s exterior appearance.

~ My name is Shannon Brown and I'm an intern at Landmark West! I will be entering my senior year of high school in September 2015. My experience here has been a great one so far but hope to share more research before the summer is out.
Posted by LANDMARK WEST at 1:20 PM 0 comments

With the IRT Powerhouse still waiting for its landmark status since first being heard by the Landmarks Preservation Commission in 1979, then again in 1990, and once more in 2009 before the LPC's attempted de-calendar in 2014, our readers are well familiar with the building's McKim Mead and White linage and overall significance.  Built in 1904, it was intended to power the IRT line, and once again will have its "day in court" when the LPC hears it amidst a batch of other structures on November 5, 2015. (If you are interested in testifying they ask that you submit content by October 29th).

After critical success with this new typology, the triumvirate were commissioned by the Penn Central Rail Road for their equivalent facility further south.  Still standing on 31st Street, the 1910 pink granite structure, a grand, but pared-down version of is terminal head-house still stands, in use, in the shadow of Charles Luckman's Madison Square Garden.  Profiled in Gothamist today, the public gets a sneak peek behind the long-neglected facade.

As with the 59th Street Power House, this building had skyline-defining stacks and served a utilitarian function.  And as with the 59th Street Power House, which the New York State Historic Preservation Office deemed eligible for listing on the National Register of Historic Places in 1989, this structure is also National Register Eligible, and it isn't yet a NYC Landmark either, meaning it can be altered without public oversight at any time.
Posted by LANDMARK WEST at 1:40 PM 0 comments 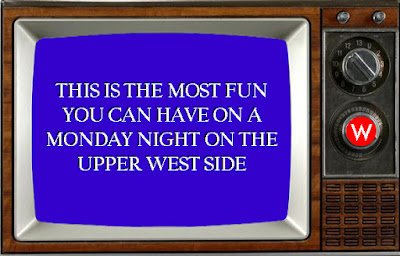 Do you think you know the Upper West Side?  All the way from 59th to 110th Street?  Central Park to Riverside Park?  PROVE IT!

Join Landmark West! and emcee Tom Miller, aka the Daytonian in Manhattan at Prohibition (503 Columbus Avenue) on Monday, July 27th, 5:30-7:30!

Prizes and specials throughout the night.  This event is FREE but space is limited!  Please RSVP (landmarkwest@landmarkwest.org) to reserve your spot on a team!